Forum for "Teh Awsomes" we are a mainly GMod clan, but may expand to TF2. We have 2 GMod servers at this moment

You are not connected. Please login or register 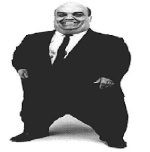 it is downright awesome, but a few neat things to add would be if the "drug dealer" job could sell marijuanna, he doesn't have to sell stuff like "coke" or "heroine" but it would be cool, im sure, that the guests could get a little bit of change, if it is possible. and i guess it would be kinda neat to have those sweet plugins that you once had on the server. These are only suggestions.
|HGN BG|Octavius|A|

I probably could make a drug dealer job that can spawn shipments of drugs, and ill get hte plugins back soon.
brickct123

I think we should get like arsonists and firefighters, conflicting classes. I think the terrorist should be respected only...it's just scary as shit having a noob running around with an AK who none of us know and none of us trust not to blow us all into shit

In other news, I think we should get some decent maps that aren't construct, I can probably make one, if someone could find the hammer file for construct. I want an area where people can build stuff, but not interfere with other people. A time based rank system would also be good, if an admin approved the rank changes, and could immediately put someone into an admin viewable only class, telling of their offenses...and we should get like the random event system working again, with realistic and rare events...like invasions that happen every five hours or something, or, meteor storms every few days. If we could somehow make a spacebuild rp...that would be wicked fucking sick. We could make like gunsmith and locksmith jobs, where people could sell custom guns, for a price. The commands for money printers and such should just be abolished. For one thing, people set them to 300 and make them cost like 50000, if we thought realistically, based on the rp timeframe, aka, 6/1 time, we would get a million dollars in about...half an hour. Well, based off of the hunger mod its 6/1, but based on income, its about 40/1, in which case a million dollars would be about...416.66 seconds worth of income. Based off of the mean time, as in, 24.8/1 timeframe, and the average income of $40 for a citizen, a money printer should print around two times a second. But by compensation, due to the two hour printing time, according to cia.gov, and in a 28.8/1 timescale, it would, at 300 dollars a print, make around 111600 in about fifteen minutes. Since that is outrageous, the cost of a money printer would be around...fifty thousand dollars to compensate for the price. And even then there would be so many due to the infinite money that most old players have, the inflation rate of the server would increase by 98.2 percent in about four hours. By comparison, just the fact we HAVE money printers in an rp, makes the theory invalid. And usually, the operations usually run for about a day, and with the money printer explosions, that would still mean a 28.6% inflation rate per an hour. That's a damn lot.

holy fucking shit, did I write that?
GraveDiggersCo

How about anti-noclip for a tool, because I just h8 how other admins that dont like you can storm in your base and kill you, and for another entitie we could possibly get mobile spawn points for wars that the server has so you spawn on your side and dont have to run al the way back with the risk of being killed again.
lawlkittys

Octavius. As you may or may not have checked. i posted on abueing admin page. i know people have posted about me and all. but im done with thirsty cat and so is he with me. i am not asking that you make him truce with me, even though after i try to fucking truce, he still breaks it and is a douche. i also ask that you either DO SOMETHING. I dont get it at all. people abuse. i dont report them. i abuse. a thousand new reports file in. i am posting about an abusing admin for the first time. when PLENTY of admins abuse. but i watch out for them. noone watches out for me. and next time someone reports me, you can ask for MY FUCKING SIDE OF THE STORY!


Oh and since everyone thinks i am the